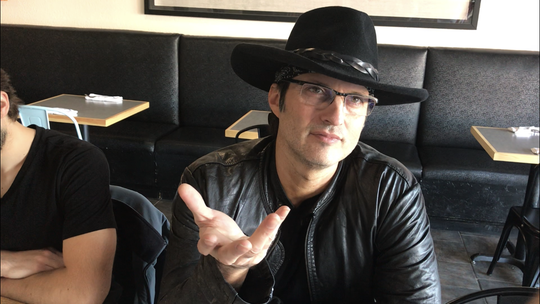 With the debut of his new film, "Red 11," on Thursday night at the El Paso Film Festival, director Robert Rodriguez said he is coming full circle.

The film is about his days back in college when he submitted to medical experiments to help fund his first movie, "El Mariachi." His earnings from the research, $7,000, paid for the movie, which went on to gross about $2 million and spawn the sequels "Desperado" and "Once Upon a Time in Mexico."

To celebrate the 25th anniversary of the film, which was released in 1992, Rodriguez — who has since gone on to direct many bigger budget movies, including "Alita: Battle Angel" — decided to go back to his scrappy, low-budget roots.

Robert Rodriguez said he now works more with his sons and they just finished working on another film. Though he may have bigger budgets than when he first started, Rodriguez said he still tries to maintain that scrappy, independent way of doing things.