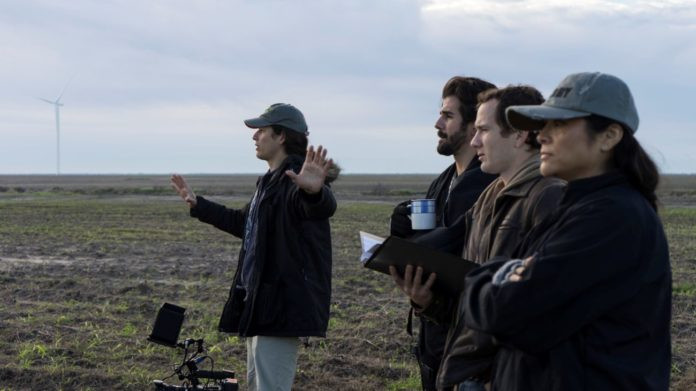 David Blue Garcia remembers growing up surrounded by corn fields and around farmland near La Feria. Having no close neighbors might have opened up his imagination, he says.

Today, the Harlingen native is an award-winning film director breaking out in the industry with his movie “Tejano.”

The movie is about Javi who is played by McAllen native Patrick Mackie, a blue-eyed Tejano working with his grandfather played by Hector Uribe, who is a former state senator, on their chicken farm in South Texas, just a few miles from the Mexican border.

In the movie, the main character frequently takes trips to Matamoros to fill prescriptions at a pharmacy where his girlfriend Lorena works while he’s saving up cash to bring her into the United States.

The couple’s plan is to start a new life in San Antonio, but the story takes a wild turn when Javi finds himself plunged into the deep end of drug trafficking for Lorena’s sleazy brother Adelio and his ruthless boss Gloria.