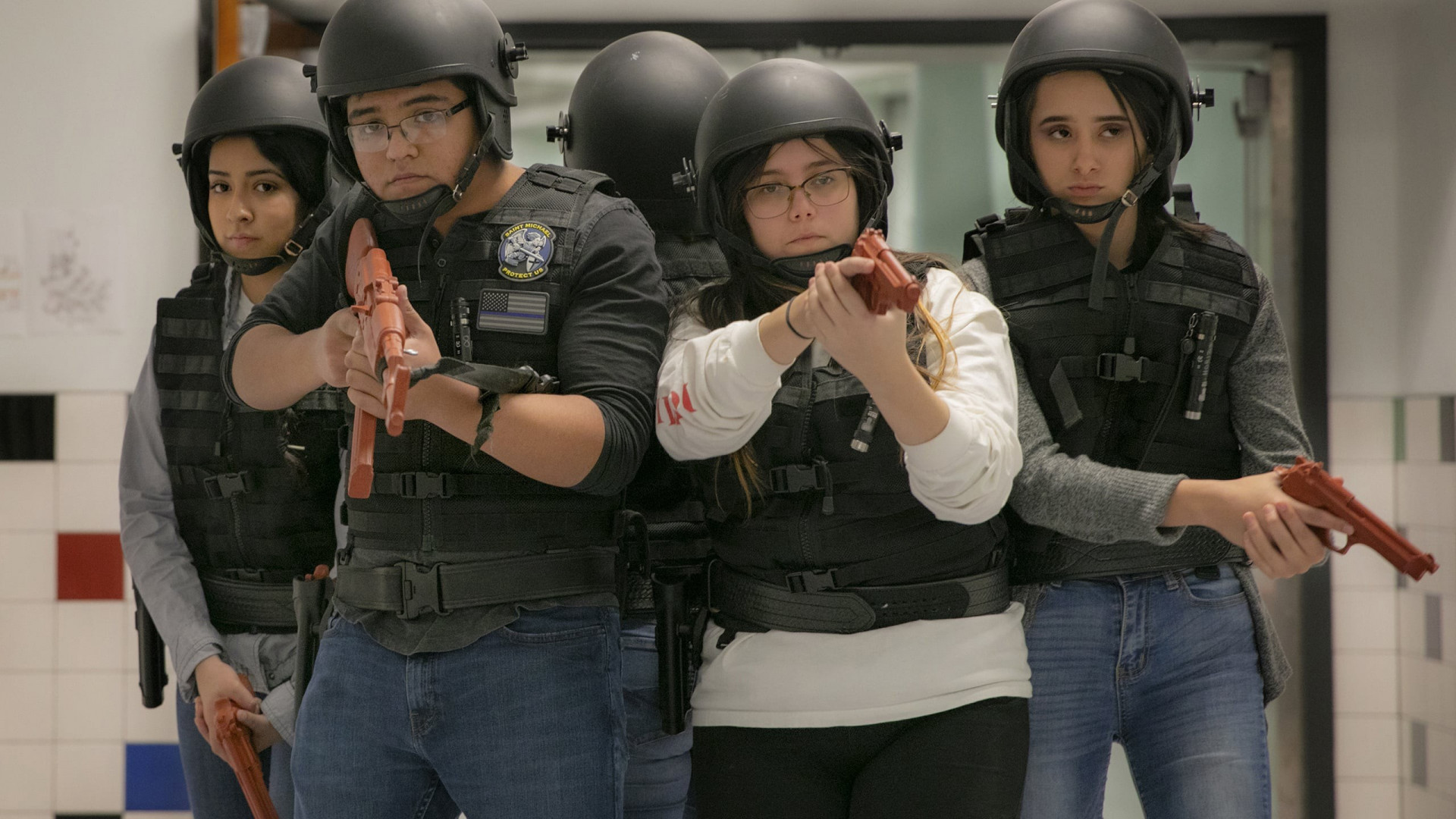 Maisie Crow’s At The Ready, which follows the story of students at Horizon High School in El Paso who are training to become police officers and Border Patrol agents. However, the narrative takes an emotional and complicated turn as these students in training discover their roles as officers may be at odds with the people closest to them.